Back to: Knight's Armament Rifles on Sale

KNIGHTS ARMAMENT SR15 AMBI LOWER RECEIVER W/ NEW MAGPUL SL-S REAR STOCK, These are the new replacement for the older sopmod stocks, CONSECUTIVE NUMBERS AVAILABLE.
PLEASE READ****More Coming for Sure, But No ETA, .... You can Email chuck@kellyenterprises.net your Name, Cell #, & Models You Want And I'll put You on the LIST so you get one.I'll Text your Cell as soon as they Arrive.  Just Reply to the text Right Away as they go fast!  We are receiving Loads of KAC product constantly!

$849 + $30 shipping, $879 total on a Card with Full Insurance! to your dealer.
These are 100% completed Knight's SR15 lower receivers NIB, w/Factory Warranty, and are registered as receivers only, you can make a pistol, rifle, or (SBR out of them. ALL NFA RULES APPLY.) They come with the new ambi controls and Knights 4.5 lb match grade trigger and the NEW MAGPUL SL-S STOCK as on all the Knight's SR15 rifles and Lowers, and ship as a RECEIVER ONLY! These would make a nice pistol armbrace conversion, or build your new rifle on one. There are consecutive numbered lowers available upon request, just ask. Lowers are $849 + $30 shipping, $879 total to your dealer. 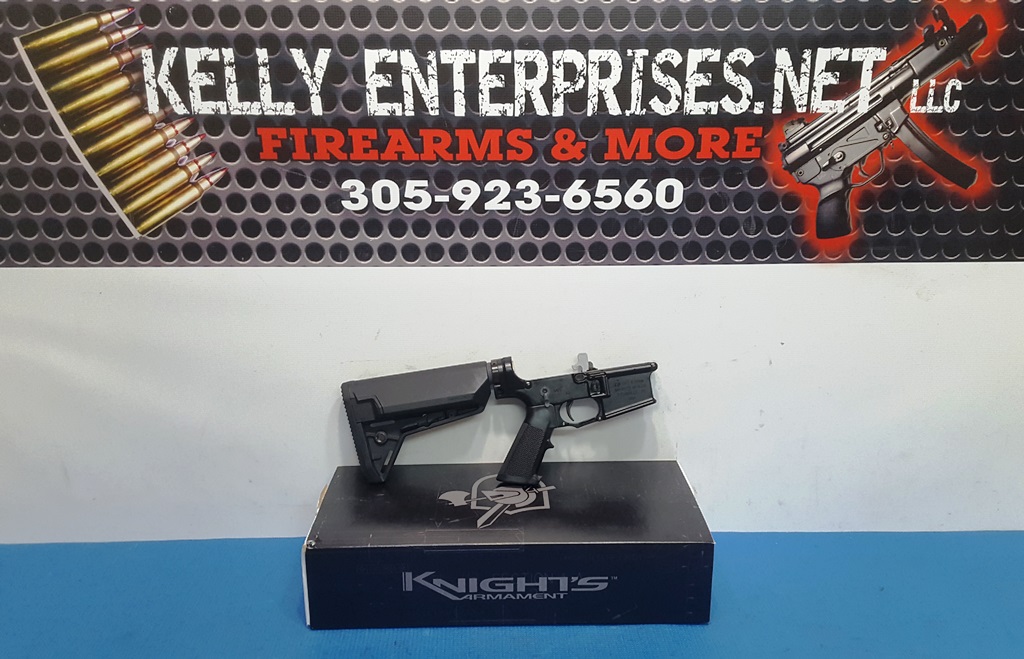 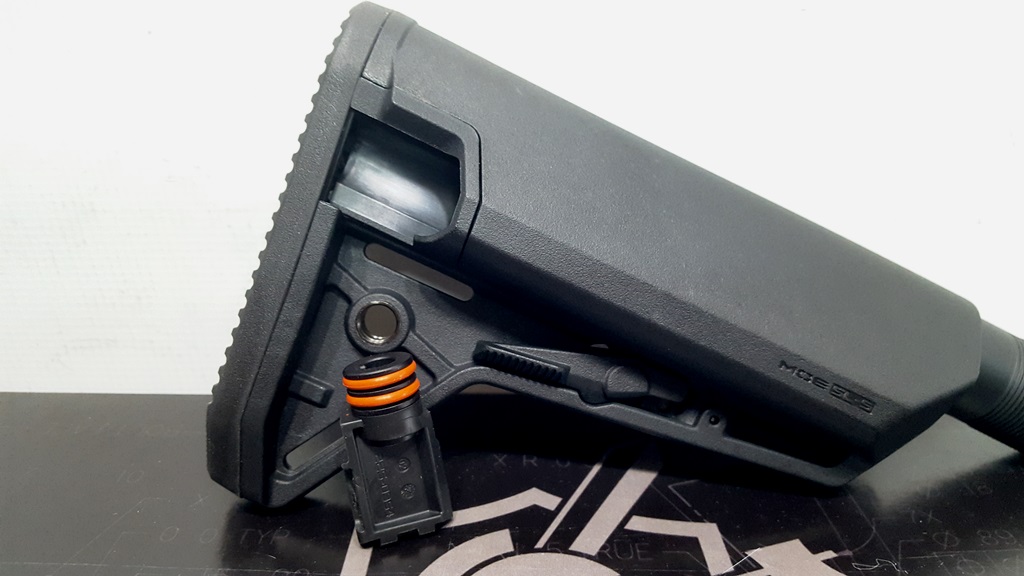 Knight’s Armament designed this system to give shooters the maximum amount of options in their controls. Under this design all of the weapon’s major controls can be accessed from either side of the lower receiver. Left-handed shooters see the immediate benefits of being able to access the weapon’s controls in a more intuitive manner; however, there are a number of other benefits that right-handed shooters will enjoy under this system.

Competition shooters benefit from these controls from the increase of speed that is achieved through components such as the right-side bolt catch. Trainers enjoy the variety of options because they can watch their trainee from either side of the weapon and even manipulate the weapon’s controls from the non-operating side. KAC has also introduced modifications to the design such as the scalloped safety selector switch. This allows a lower profile for the selector switch on the non-operating side of the receiver which helps to relieve any interference between the switch and a shooter’s glove or hand. For the maximum amount of configuration and operation options, Knight’s Ambidextrous Controls offer a sure solution.

All of the weapons and lowers available from Knight’s Armament come equipped with a 4.5lb, 2-Stage Match Trigger. This type of trigger mechanism uses a system where, during the rearward squeeze of a trigger, it cycles through two stages of resistance

Our 2-stage trigger is meant to inform a shooter of exactly where their weapon is going to fire. This bolsters a firer’s confidence and can also assist in reducing trigger jerk, thereby increasing accuracy. The 4.5lb 2-Stage Trigger from Knight’s Armament is a highly calibrated and smooth component that is sure to be a welcome addition to any setup.