Back to: Pre Ban & Collectable Firearms 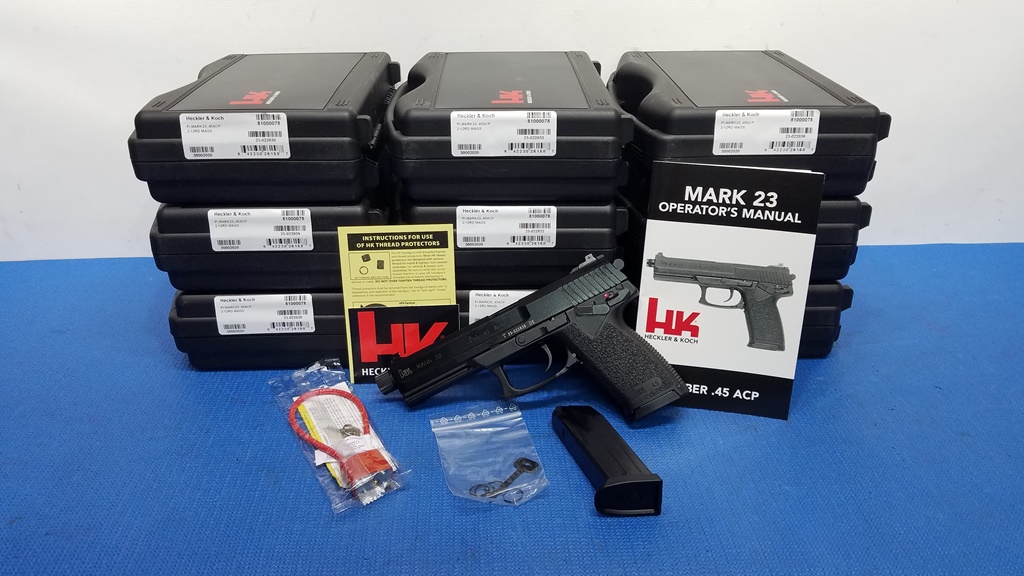 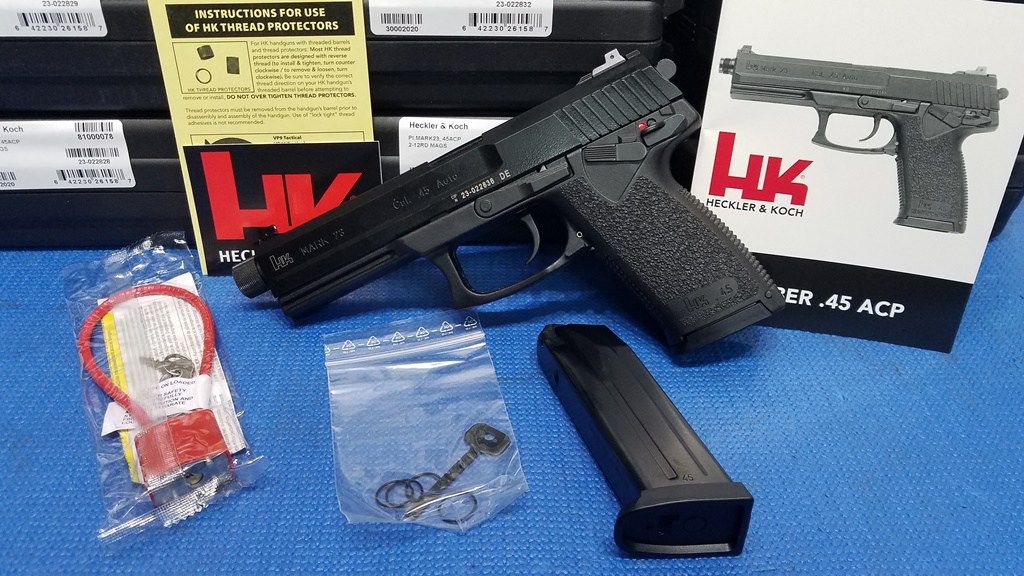 The HK Mark 23 Caliber .45 ACP pistol gives shooters match grade accuracy equal to that of the finest custom made handguns - yet exceeds the most stringent operational requirements ever demanded of a combat handgun. The Mark 23 provides this accuracy without the need for hand-fitted parts common in custom-built match pistols costing thousands of dollars more. One of the most thoroughly tested handguns in history, the MK23/Mark 23 project originated in 1991 when HK began development for the U.S. Special Operations Command, the organization that directs the activities of America's most elite military units, including the Navy SEALs and the Army Special Forces. On May 1, 1996, the first HK MK 23 pistols were delivered to the U.S. Special Operations Command for operational deployment, making the MK 23 the first caliber .45 ACP pistol to enter American military service since the venerable Government Model 1911A1.